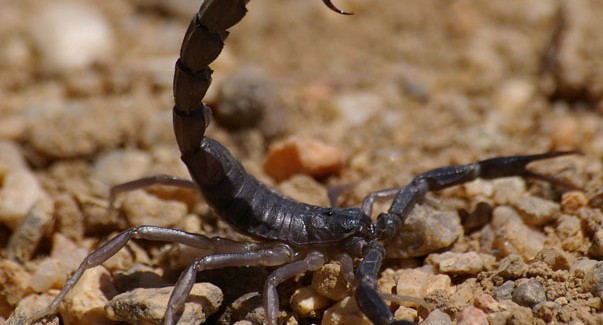 No matter where you tend to live in AZ scorpions seem to be a problem. Along with their dangerous nature, they are difficult to kill; however, they can be prevented and eliminated using organic methods.

The first thing you will want to keep in mind is that by eliminating/ preventing, their food source you eliminate/ prevent their desire to stay in and around your home. So what is their food source? Scorpions tend to feed on different types of insects such as crickets and cockroaches. If you can first prevent an infestation, or even the presence, of insects in and around your home you will have taken a large step towards preventing/eliminating the presence of scorpions. To prevent/ eliminate the presence of insects I recommend the use of organic products that are safe for your pets and children, since most will require an application at the source, or around the perimeter of your home and property. I have found that the most beneficial organic pest control method is the application of food-grade Diatomaceous Earth, such as my Extreme Insect Control. This product will also work wonderfully in creating a barrier to help prevent/ eliminate the main issue of scorpions in and around your home. I recommend applying food-grade Diatomaceous Earth, such as my Extreme Insect Control, during dry weather conditions; however, during the times of wet weather or increased humidity you can look towards misting a treatment of compost tea infused with molasses and orange oil around the same areas you would have treated with my Extreme Insect Control.

Another characteristic you will want to consider about scorpions is their hunting habits. They will normally hunt using the “watch then prey” method, which involves waiting in the same area, watching for their food source to approach, and then preying on their food source. For this reason scorpions do not tend to be extremely mobile and can be hunted themselves. Using a black light, you can survey the interior and exterior of your home in the late evening for scorpions, which tend to only come out at night. When using a black light the scorpions will glow making them an easy target for your shoe. If you find an area that scorpions tend to hunt you may also want to look into setting up a tented glue trap, which they will enter and not be able to exit from. (Be sure to check back on my website, www.gardenguy.com, in the coming weeks as I will be releasing a new product…my own version of a tented scorpion glue trap). I have trapped many scorpions in and around my home using tented glue traps, which are also safe my dogs.